The Episcopal Church of the U.S.A. (ECUSA) is the American branch of the worldwide Anglican Communion — a “daughter” of the Church of England.  It came into existence as an independent denomination after the American Revolution. Today it has between two and three million members in the United States, Mexico, and Central America, all of which are under jurisdiction of the Presiding Bishop of the Episcopal Church, the Rt. Rev. Michael Curry. Episcopalians celebrate the Mass in ways similar to the Roman Catholic tradition, yet do not recognize a single authority such as the Pope of Rome.

Although we subscribe to the historic Creeds (the Nicene Creed and the Apostles’ Creed), consider the Bible to be divinely inspired and hold the Eucharist or Lord’s Supper to be the central act of Christian worship, the Episcopal Church grants great latitude in interpretation of doctrine.

The Anglican Communion is an inheritor of 2000 years of catholic and apostolic tradition dating from Christ himself, rooted in the Church of England.  When the Church of England spread throughout the British Empire, sister churches sprang up. These churches, while autonomous in their governance, are bound together by tradition, Scripture, and the inheritance they have received from the Church of England.  They together make up the Anglican Communion, a body headed spiritually by the Archbishop of Canterbury and having some 80 million members, making it the second largest Christian body in the Western world.

Through the Anglican Communion, churches across the world worship in many different languages, and use many different words and musical styles. Nevertheless, the shape of our liturgy and the components of our Holy Eucharist are the same, and this is what binds us all together. “Anglican” simply means “of England” — the Episcopal Church in the United States, like all Anglican churches worldwide, descend from the Church of the English Reformation, whether through colonial histories or missionary activity.

Both, Neither, Either! Anglicanism is often referred to as a “bridge tradition.” We stand squarely in the Reformed tradition, yet considers ourself as directly descended from the Early Church as the Roman Catholic or Eastern Orthodox churches. In Greek, the word “Catholic” means “universal.” “Lex Orandi, Lex Credendi,” which in Latin means, “the rule of prayer is the rule of belief.” We find our unity in common prayer, not conformity to a certain set of doctrines. We articulate our faith in the historic Nicene Creed each Sunday, but there are many ways to understand the Christian faith as it is presented in that text.

A video by our Presiding Bishop, the Rt. Rev. Michael Curry  “We are part of the Jesus Movement”

The Episcopal Church welcomes you to... the Jesus Movement!

Episcopalians are passionate about proclaiming the Good News of Jesus Christ in our words and actions!

Through the spiritual practice of evangelism, we seek, name and celebrate Jesus’ loving presence in the stories of all people - then invite everyone to MORE.

The Jesus Movement is the ongoing community of people who center their lives on Jesus and following him into loving, liberating and life-giving relationship with God, each other and creation.Together, we follow Jesus as we love God with our whole heart, soul and mind and love our neighbors as ourselves (Matthew 22:36-40), and restore each other and all of creation to unity with God in Christ (BCP, p. 855).Jesus launched this movement when he welcomed the first disciples to follow his loving, liberating, life-giving Way. Today, we participate in his movement with our whole lives: our prayer, worship, teaching, preaching, gathering, healing, action, family, work, play and rest. 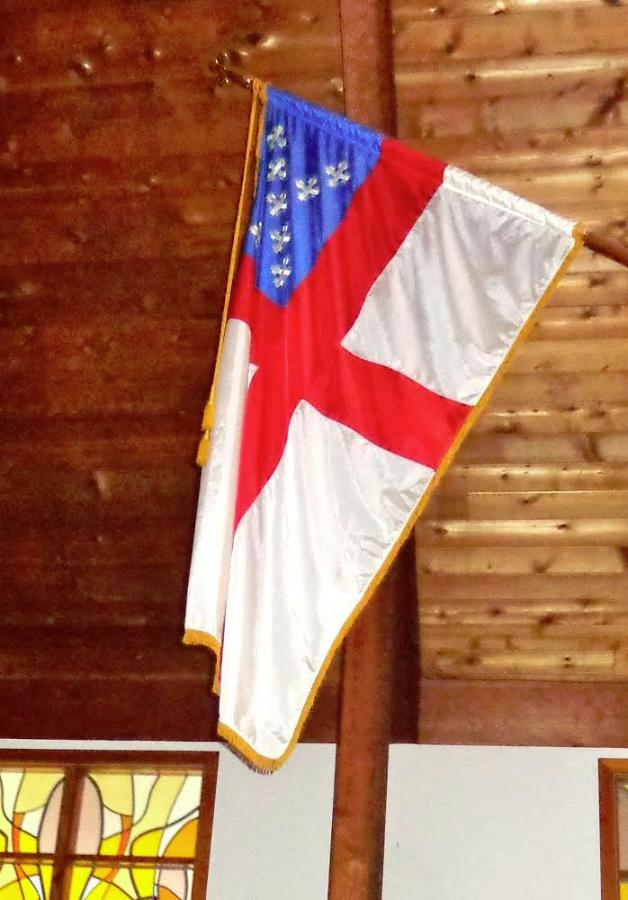 Join Our Newsletter For Latest News!